The manufacturer of Bosch and other dishwasher brands today recalled 469,000 dishwashers because the power cord can overheat and catch fire. The recall is an expansion of a two-year-old recall that included 194,000 Bosch, Thermador, Gaggenau, and JennAir dishwashers for a total of 663,000 models in the U.S. and Canada.

Over the past two years, BSH Home Appliances, which announced the recall with the Consumer Product Safety Commission, has received five reports of the power cords overheating and causing fires that resulted in property damage.

In the 2015 recall, BSH reported 10 incidents of power cords overheating, including five reports of fires that caused property damage. BSH said that the overheating occurred when the dishwashers were in use, not when they were sitting idle.

No injuries have been reported.

The recall includes models manufactured over a span of seven years from January 2008 to January 2017 and sold for $850 to $2,600. They were available in stainless steel, black, white, and with the option of adding a custom panel.

BSH says that owners of the recalled dishwashers should stop using them and arrange for a free inspection and replacement power cord. The repair should take less than an hour.

Before you call or go online, locate your model and serial numbers. These identifiers are printed inside the dishwasher either on the top of the inner door panel or on the side of the panel. Bosch advises owners to pay special attention to the serial number because not every unit from the same model line is included in the recall. If you enter your information on one of the websites, you’ll quickly find out whether your machine is included in the recall. If you purchased a Bosch, Thermador, Gaggenau, or JennAir dishwasher over the past seven years, check the CPSC recall notice to see whether your model is affected—there are too many to list here. You can also call the BSH recall hotline at 888-965-5813 or go to the website of the brand you own for more information. They are: 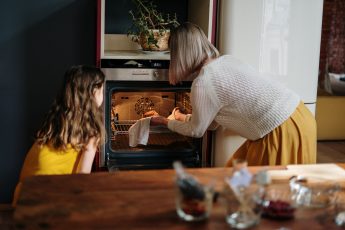 Troubleshoot Why Your Electric Oven is Not Cooking Evenly

January 18, 2023
Are you tired of unevenly cooked meals from your electric oven? Before calling for takeout, consider other potential...

How to Clean Your Dryer Vent to Prevent Common Problems

What Should I Do When My Washer Smells Bad?